The Yarda-lel is an antique, nearly extinct, left-over artefact from the earlier ages of the Eldeven peoples in my novel series the Kithariune. What the yarda-lel actually is and does is described below. It is based upon the design of a real device I first conceived and invented a long time ago and have attempted on various occasions to build for myself but have never perfected (because of sensing issues). I offer it here in a more perfect and perfected fictional form. 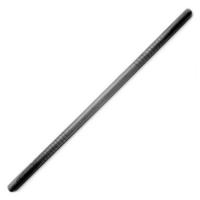 THE YARDA-LEL (THE SLEEPING ROD)

Yarda-lel (the “seeming rod,” or sometimes the “sleeping rod”) – an antique rod made of gray and yellow yarda wood which vibrates, heats, and hums when danger approaches. Once a fairly typical item used along the frontier among militia and frontier guardsmen (it was not uncommon for every unit or sufficient size to possess a yarda-lel, or “seeming rod”) which was typically carried by and slept with by the commander of the unit, although sometimes it was also used by the sentry on guard at any particular time. For the yarda-lel was also said to be capable of other functions now lost to time and memory. The ancient Sidhel, for example, were said to employ their yarda-lel not simply as “seeming rods” but also as encoded legates and as artefacts to secretly transmit encrypted messages. It was also not uncommon for wealthy or powerful persons who encamped along the frontier or who settled there for long periods of time to possess their own yarda-lel. Some scouts and infiltrators also carried yarda-lel, especially if they operated for long periods of time along and across the frontiers or behind enemy lines.

It was common to place the yarda-lel either under one’s head or to wrap it across one’s waist or chest or to wrap one’s legs around it as one slept in a dangerous or hostile environment. It is said the hum was transmitted through the bones of he who used the rod rather than being heard by the ear. Some legends persist that the yarda-lel could even interrupt and awaken one from dreams and very deep sleep. Possibly even a drugged slumber.

In time, as the frontier was tamed and fewer and fewer overt threats faced the Eldeven folk the crafting and use of the yarda-lel faded. It is said that few, if any, now remember even how to make such a rod.

However antique examples of yarda-lel, even functional ones, still exist as old heirlooms.

Note on translation: the Eldevens, and the Sidhelic peoples in particular, used the term “seeming” in a way that we no longer do, and in a way not known to men. The precise definition of the yarda-lel is the “rod of yarda wood,” but the underlying connotation is that the rod is both seemly and seeming. Seemly in the sense of being proper and of functioning properly (not to be doubted, but rather to be investigated), and seeming in the sense of both appearing to see through deceptions or to anticipate danger, and seeming as in appearing to be one thing (a simple rod of yarda wood) and actually being many things or many hidden things. A transported or polymorphic sort of seeming. They also meant seeming as in the sense of seeming (for a period of time) to give to another those properties they do not by nature possess.

More rarely yarda-lel could actually be translated as sleeping rod or even dream-seeming rod.