YOU CAN NEVER GET TOO MUCH PRACTICE

“Maugham, do you remember that time a few years back when I drew my revolver on you and shot you in the face with a blank round?” 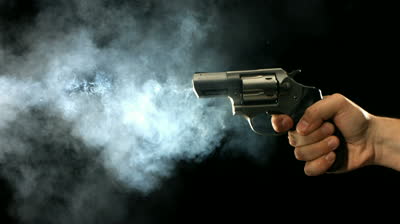 “Hell yes I do,” said Maugham. “Scared the shit out of me. I thought you were really going to shoot me.”

“I did shoot you, you idiot. Just not with a bullet. But tell me, what lesson did you draw from that?”

Maugham looked at his friend, then squinted.

“Never assume I guess,” he answered.

“Then you drew the wrong lesson. The real lesson was ‘always assume.’ That the other person is dangerous. Cause they are.” Steinthal countered.

Maugham looked thoughtful for a moment.

“What are you saying then?”

“I’m saying that just because she is pretty and sexy, and nice, and smells good, is fine in bed and is maybe even sincere doesn’t mean she won’t shoot you in the face. If she needs or wants to. As a matter of fact maybe she already has and you’ve been too busy or too stupid to notice.”

“Yeah, I guess love will do that to you,” Maugham finally conceded.

“Or being pussy-whipped by the wrong woman,” Steinthal said. “Or, even the right one. Take it from a man who knows.”

Maugham nodded as if he agreed, at least in theory. After a moment or two of silence though he turned sinister to look straight at his friend.

“By the way. I never asked you Steinthal. Why did you shoot me in the face with that blank?”

“Because someone else tried it on me.”

“They shot you in the face with a blank,” Maugham asked, kind of surprised.

“Not exactly,” Steinthal said. “They tried to shoot me in the face with a live round. Luckily they missed.”

“Was it a lady?” Maugham asked.

“Hard to say,” Steinthal replied. “You never really know about that kind of thing nowadays, do ya?”

“So then, you were trying to forewarn me?”

Steinthal smiled broadly. Then he clapped his friend on the shoulder.

“Maybe. That, or I just needed the practice. You can never get too much practice shooting someone in the face.”

“Yeah,” said Maugham kind of wistfully. “I’ve had the same thought myself once or twice.”

Steinthal smiled again. But this time he kept it to himself.

from The Detective Steinthal