Yesterday I relaxed yet still worked upon my Alternaeus or “Wizard novels.”

(Though it seemed more sport and word-play to me than work. Gladly, I can say that about most of my Work.)

Anyway I sketched out dozens of possible stories about Alterneaus the Wizard, who has become one of my favorite characters. Now many of my characters are actually a proxy-me in fictional form. For instance Marsippius Nicea is the warrior in me, Steinthal is me as a detective and infiltrator, Vlachus represents the monk and priest in me, Thrasher the frontiersman and woodsman and Vadder/explorer in me, Tristas the futurist, scientist and God-Technologist in me, and Alternaeus has come to represent the Christian Wizard in me. He is me as a fictional character. Or more accurately as a fictional example of a Christian Wizard. For I, like everyone else alive, am far more than just one thing. But as far as the Christian Wizard goes he is my paragon or ideal example of one written in fictional form.

But also he has become my fictional exemplar of what an ideal Christian Wizard/Genius should be. Therefore his stories are not just stories but provide a sort of Guidebook in Fiction for how a Christian Wizard should behave and conduct himself in various difficult situations. And in life generally speaking.

Although I am writing a non-fiction set of books about the Christian Wizard/Genius/Theurgist the stories I am writing about Alternaeus sort of flesh out how a Christian Wizard should behave in day to day situations, even though the stories take place in an mostly historical Medieval milieu. Yet the techniques and morality Alternaeus expresses should be applicable to any time period. And to most any situation. That is indeed my exact intent in writing these stories. In addition to being entertaining tales in their own right they will also compliment my non-fiction books on the same general subject matter.

The stories will consist of short situational work tales and moral fables about Alternaeus (as a Christian Wizard/Genius) sort of like most of the cases of Sherlock Holmes or the adventures of Conan. They will be arranged into book form but can easily stand alone as well. They will not be dependent upon each other but will build upon each other.

In any case I spent some time this afternoon and evening briefly sketching out the major stories involving Alternaeus and the lessons he will teach through his stories. Some of these stories will be short, no more than a couple of pages, others quite long depending on the subject matter and what the story describes.

Also I have decided that each book of stories in the novel set, and perhaps even each story, will be introduced with a short section of verse from a long poem about Alternaeus, which, when taken altogether will be a sort of Summary in Verse (Summa Versa, or Summa Esse) of all of Alternaeus’ adventures and will contain, encoded in the verse, various lessons for the Christian Wizard.

This will be very similar to what I have done and am doing with the Viking Cats (found at that link). However, in this case, rather than the Poetic Section merely being a retelling in verse of the prose tales, the prose tales will be types of moral lessons, while the accompanying poem will be a sort of encoded form (in verse) of instructional lessons for the Wizard. 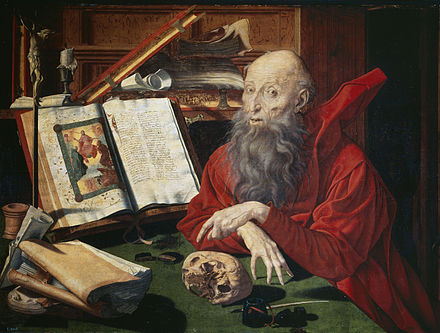