“…the Almighty hath not built
Here for his envy, will not drive us hence:
Here we may reign secure, and in my choice
to reign is worth ambition though in Hell:
Better to reign in Hell, than serve in Heaven.” 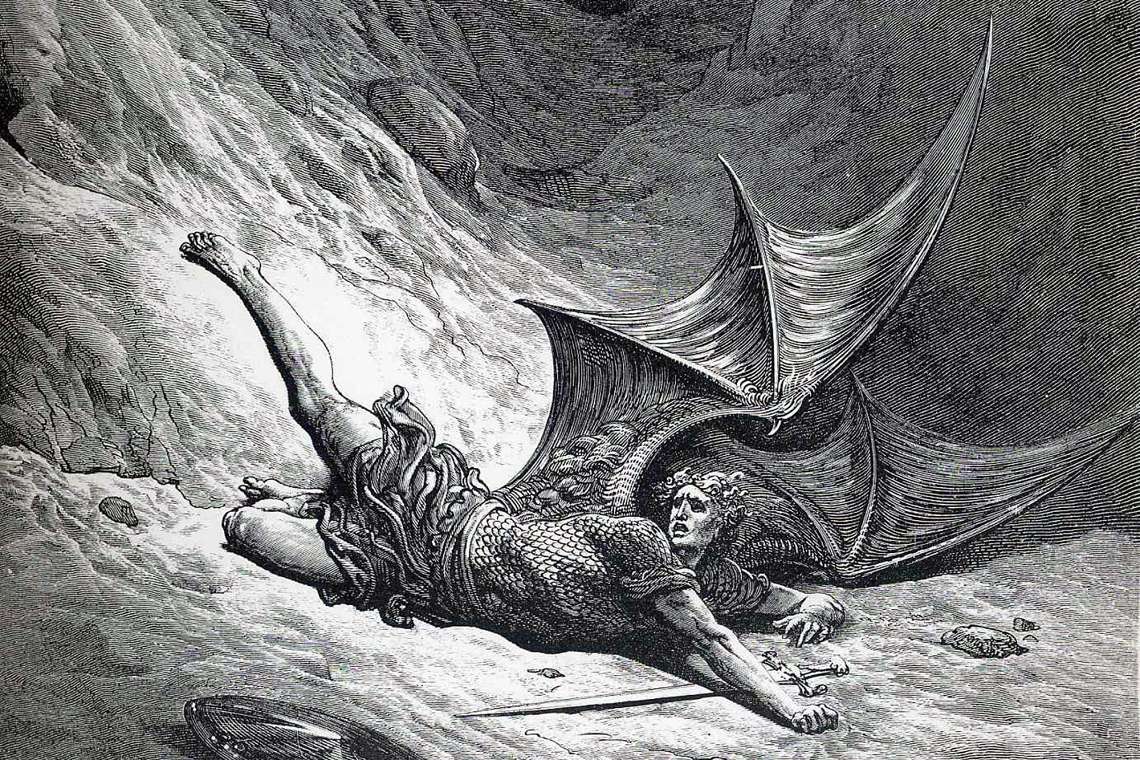 Most people think that Paradise Lost is first and foremost the tale of the Fall of Man and the loss of his Paradise on Earth.

In Truth Paradise Lost is first and foremost the tale of how Lucifer forever lost Heaven, Earth, Paradise,  and eventually even hell to become a mere romantic hero, a fool, a failure, and a ruin of his former Self. All because he mistook license for Liberty, revolt for Responsibility, fervor for Freedom, and wrong for Wisdom.

For the Fall of Man was but a worldly incident of a Fall Unmade by a Better and far more Universal Man.

The Fall from Heaven was a universal…