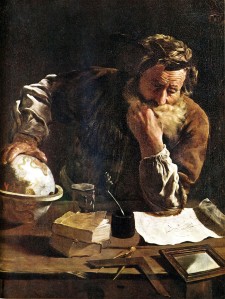 The Other Bible – supplemental to my scripture studies

The Ascent of Gravity

The Rise and Fall of Alexandria

The 10 Minute Millionaire – research, he has a very interesting trading technique I want to test for myself once I extract the entire formula

The Philokalia: Volume 4 – rereading it for about the 6th time

20 Centuries of Great Preaching – research for my own sermons, right now I’m studying the sermons of Saint Chyrsostum

Primitive Christianity: The Library of Religious and Philosophical Thought – right now I’m studying the Theraputae and the Essenes since I’m already listening to lecture on the Dead Sea Scrolls (see below)

Grimoires: A History of Magic Books – I’m seeing if there are any important or worthwhile books of/on magic, either Ancient or Medieval, that are missing from my own library or that I should obtain and read

The Grandeur that was Rome – superb! She is a great professor

The Dead Sea Scrolls – Schiffman, the professor, NYU, has an absolutely fascinating set of theories, such as: that the Essenes were really established by a splinter group of Sadducees (Sons of Zadok), not Pharisees, though they became something completely different, that the Essenes were actually a lay group of the sect established all throughout Israel and in Jewish communities elsewhere (Africa and Asia for instance) and that the Qumran community were the actual “monks” of the Essenes, that the Teacher of Righteousness completely changed the sect, etc, etc. Many of these theories go against conventional wisdom but his evidence is fascinating and compelling, though much of it is negative, that is he eliminates competing theories based on what could have not possibly been, and then deduces his arguments based on the most likely alternatives. I’m really thinking hard on his premises.

Turing’s Cathedral – not really a lecture, but a book on CD which is entirely fascinating and extremely useful, not just as research but because I love these subject matters; math, computing, machine intelligence, engineering, invention, codes and crypts.

Religion in the Ancient Mediterranean World – the professor, Holland, at Allegheny, gives a superb set of lectures on Mithra, Isis, the other Mystery Religions of the period, the Republican cults of Rome, the Jews, the early Christians, and a great one on Roman Divination and Jewish prophecy and seerage with definitions I have never heard before (insight, not foresight) versus Free Will. Anyway they have inspired me to adopt some of these concepts into my own religious practice, especially a Christian modification on Divination through the Holy Spirit and to add certain of these premises into my own books and practices of the Theophilos/Theophilon.

Symphonies No. 8 (the Unfinished) one of my very favorite symphonies, and No.9 by Schubert

Rememory – a small, quiet but very worthwhile little film with Peter Dinklage. He really is a superb actor. And I don’t care much for most actors. But very worth seeing and I highly recommend it.

It inspired me, in part, to write That Island on the Sea of Loss

Works I have recently added to my own library:

As I have already stated I have recently been able to add several volumes to my personal library from the one-time library of Robert Jordan. Unfortunately Jordan did not make personal notes in his books (as I tend to do) he kept them in pristine condition. Nevertheless just owning them gives me great hope about my own career as a fiction author, although mostly I purchased works of non-fiction from his library. Just to look at and study his library I have to say I would have likely got on very well with the man. His library was filled with collections of history (he had numerous volumes on the Greeks and three on Greek Fire alone), Indians, magic (unfortunately they were apparently just research summations about pagan religion, not real magic, probably for his novels), detective work and skip tracing and manhunting (interesting but not worth my time, my own techniques are superior and far more evolved, those works were from the 1970s or so), warfare (a very good collection), science (he was after all a physicist and nuclear engineer), religion, Christianity, Western Civilization, math, music, etc. the man was a bit of a polymath and I regret not knowing him personally.

Anyway the books I added to my library from his include:

The World of Mathematics – I bought all four volumes, and am really looking forward to these

The Tain – the Irish epic

The Opticks by Sir Issac Newton (the Principia has a high place in ym library, but I didn’t have a copy of the Opticks and now I have Jordan’s copy.) The last time I read the Opticks was in college, so looking forward to this too.

And three books by Keith Laumer. Apparently we were both big fans of the works of Laumer. I got Timetracks, Bolo, and Honor of the Regiment (also Bolo), and the edition of Bolo I obtained is the exact same one I had as a kid (which my mother probably disposed of while I was in college).

So I have recovered my original copy of Bolo. (I play Ogre, also based on BOLO, often by the way).

The other books I got from him I’ll not mention. I’ll take up reading these works as soon as my reading schedule clears.

In addition I added these books to my library

Arts of Russia, and

Art Treasures of the Peking Museum – I’m going to take up Ikon painting and pen and ink again. So these are for inspiration.

Symphonies 8 and 9 by Schubert

The near complete works of Henri Purcell

Well, that’s it for now.

Have a great day folks…