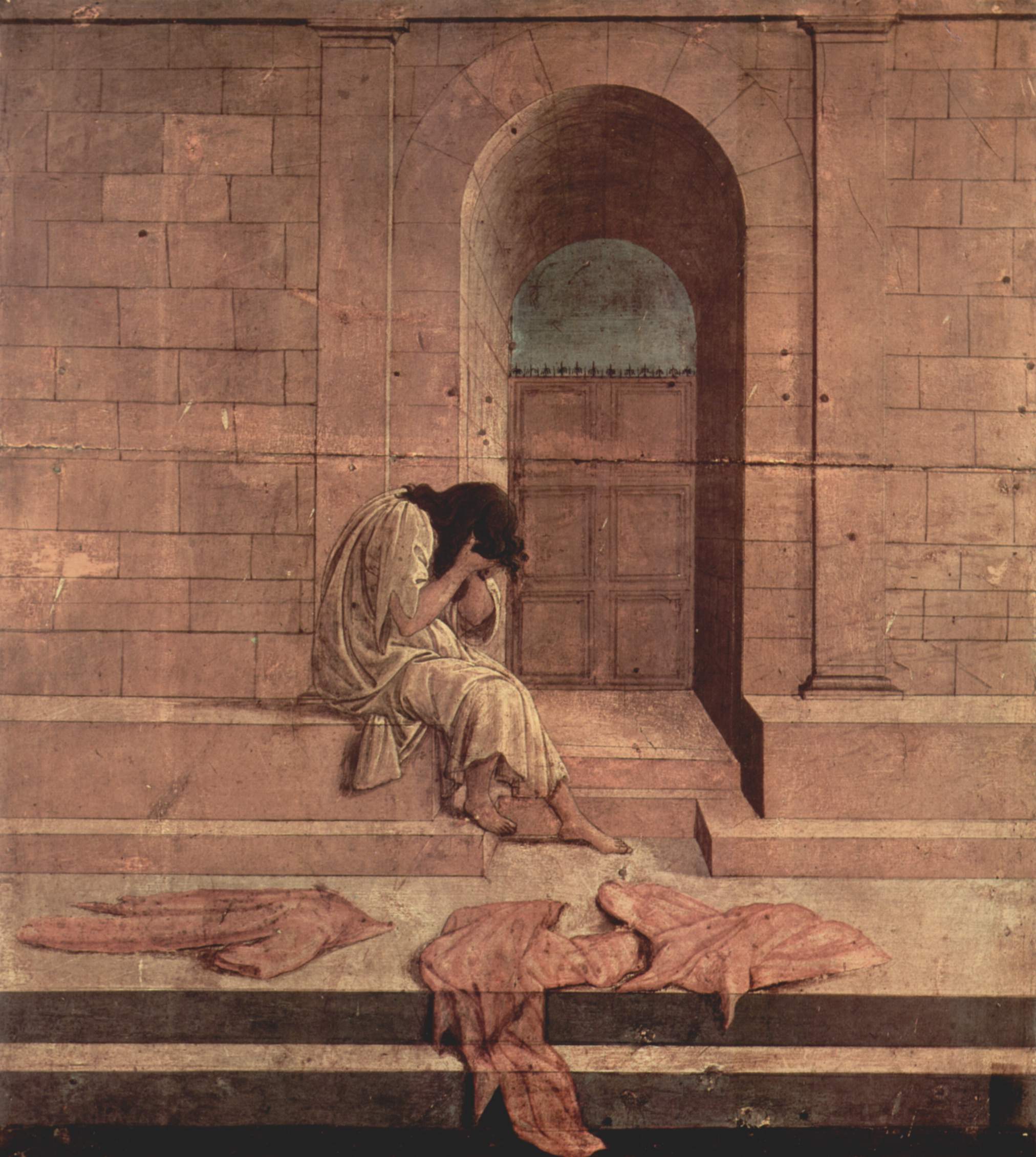 Waiting on God to save the world I never raised my hand
I trusted him to do it all as was his holy plan
I thought he’d cure my poverty, I thought he’d make me smart
I thought he’d make me popular so I’d not stand apart
I thought he’d answer all my prayers, isn’t that his job?
I thought he’d bring me great success and save me from the mob
I thought he’d send me other men to mend and fix myself
I thought he knew my talents weren’t worth taking off the shelf
I thought he’d make me holier than if I (n)ever tried
I hoped he’d make me famous so I’d never be denied
I trusted him to make me strong, no effort on my part
I trusted him to think for me and sanctify my heart
I trusted him to cure my sin and make me into Him
All I had to say was, “Lord!” and it would all begin
He’d do it all, he’d do it all, nothing more from me
Would ever be required as far as I could see
Then I would be the Perfect Man because my God was true
And everything he’d do for me just like I always knew
Yet still I find myself the same and still I’m waiting so
Why has God not fixed it all for me down here below?
I cannot fathom why this is, and why is life so dark?
I said to him, “Here, do it all,” before I disembarked
You’d almost think – no, could it be – that God expects from me
Some effort to repair myself and fix the world I see?
Is that what I’m missing when I shirk it all away
That somehow I might have a part, a part of mine to play?
Oh, now I see, oh, now I hear, yes, all that wasted time
He was always hoping that I’d finally make the climb
I trusted him to do it all as per his holy plan
I never understood, that here, I am his hired hand…

We are probably all familiar with Mission Creep so there’s no need to define that term.

Polyploytation is the habit of taking on far too many projects in a short or restricted period of time which of course means all such projects tend to interfere with one another (at some point) thereby inevitably restricting your overall productivity and efficiency at any given endeavour.

At its very worst it even prevents you from ever really achieving any of your ultimate end goals because each new goal interferes with accomplishing and finishing any and all previous goals.

For instance I might be trying to complete a song, a short story, a chapter in one of my novels, run an experiment, work a case, write something for a client, do an analysis, and work on an invention all within a one to two week period. That’s not even to mention personal obligations such as homeschooling my children or clearing land or repairing something around the house. A virtual impossibility and a terrific scattering of concentration and achievement.

Polyploytation is really a dilution, dissolution, and dissipation of achievement by attempting to do far too many important things in far too short a period of time. That has been my lifelong problem and only in the past ten years or so have I begun to master it and only recently have I truly mastered it.

The secret to mastering polyploytation is to allow yourself to attempt and finish only one important enterprise or “ploy” at a time and to set and fulfill very regimented and rigid timelines of operation. Each ploy is worked separately and with a definite and well regulated set of time-frames for the beginning, middle, and end of each project. You finish one ploy before attempting another.

Then when other devices, ideas, inventions, projects, and ploys appear in your mind (and if you are like me they inevitably and often will) you simply make notes and sketches about them and then store those new ploys out of the way until you finish your current ploy. At that time you can consider which new ploy to undertake. It seems in theory a simple habit to master, and it is in actual practice, but if you are like me and a lifelong poly-ployter this is a habit which takes a long time to fully master. Nevertheless it can be done with self-discipline, determination, and focus upon your new habit. Which I call Uniploytation.

So that was my problem and how I conquered it.

Some people though do have a genuine problem with procrastination. My wife is this way and she is now only slowly working her way out of that miresome morass. As I had to work my way out of the meandering Wilderness of Polyploytation.

If you are by nature a procrastinator then here is a very good little article on a simple method of habit change which will conquer habitual procrastination.

For are we all not merely the self-established victims of our own inferior habits until we decide the break the yoke of them?

I still have no idea what man may yet best me at something. But I always know that man who will never best me at anything – the man who does not try.

My friend Edie Melson has a good post today on work avoidance.

We writers tend to be an odd lot. We obsess about learning to write better. We hang out with writers online and in person. We buy books on How to Write, How to Write Better and How to Sell What We Write.
But we do almost anything we can to avoid the actual act of writing. Nothing shuts down a writer quicker than a blank page and/or a blinking cursor.

We comfort our guilt-ridden internal writer with the promise of writing when
That closet is clean.
The kitchen is organized.
The laundry is done.
Facebook is checked one last time.
Dinner is cooked.
Groceries are bought.
You get the idea.
Truthfully, the longer we postpone sitting down and writing, the harder it gets…

Most men could change for the better in an instant if they really so desired. Unfortunately most men would rather expend the enormous energies required to prove themselves right than expend the far more modest effort required to actually be right.