This is my second song (the lyrics) for my FAWM project and my new album, Locus Eater. I finished this three days or so ago but didn’t have time to write it up on finalize it.

I’ve been behind because I started late (only recently heard of FAWM – though I was already gonna write a new album), because of power outages, and because of repair issues, and family health problems. But I’m still working it. So here ya go, The Cave of the Unknown Prophet.

THE CAVE OF THE UNKNOWN PROPHET

I saw the prophet wander
Across the broken skies
The future all in labor
While ruined kingdoms died;
His cave the great circumference
Round which the world did turn
His name is now forgotten
Yet still his omens burn 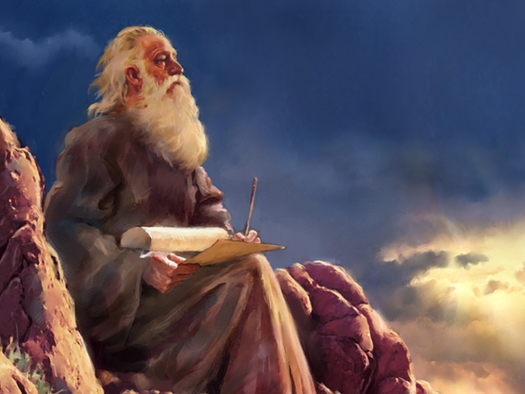 I saw the prophet’s anger
When we ignored his voice
The present much endangered
By our reckless, selfish choice;
The wind it moaned at midnight
The seas they rolled in fear
Time shook like an earthquake
Ruptures soon appeared

He asked of man a miracle
That love might guide his hand
Not hatred, blood, and murder
To soil and taint the land, but

The Cave of the Unknown Prophet
Does he sit there waiting still
For us to finally answer, and
His words to be fulfilled?

Before starting to work on my novel, The Viking Cats, I decided to take Sam for our regular afternoon mile walk through the woods. As we did we came across a large herd of cattle in one of the adjacent fields because a neighbor is clearing the next field for pasture land.

The herd was mixed white and black cattle. When I saw this it gave me an idea for an omen in one of my other novels, the Fantasy/Myth novel of The Other World.

In these novels a series of prophecies and omens appear which forewarn the various nations and characters of what is about to happen, but few pay any attention to such omens anymore. As a result only a small minority of people actually understand and prepare for what is about to occur.

In any case this is the background of this particular omen:

In the other world (Iÿarlðma) there is a tradition among the Sidèhl and the Lorahń (the two most contentious, numerous, and powerful races among the Eldeven peoples) of Symbolic Sacrifice Exchange.

The Sidh and the Lorahn have often fought in the past, usually involving small skirmishes, but in the distant past they fought many bloody and desperate wars leading to great destruction and on occasion even Civil War. So almost 3000 years ago they developed a ritual act of Peace and Fealty through Mutual Sacrifice Exchange.

The Sidh developed a herd of pure white cattle (not really cattle as we think of them, far more massive, powerful, and wild creatures but for purposes of illustration I will use the term cattle) with white eyes and without any blemish or other coloring. This herd is called the Kein, or the Kein-Sidh.

The Lorahn developed a herd of absolutely black cattle with jet back eyes. This herd is called the Kithe, of the Kithe of the Lorahn.

Each folk keep a herd of 300 or so such cattle only for the purpose of the exchange and as an act of peace-keeping and bond-searing.

Every three years, at the summer solstice, the herds are intermixed and interbred. Whatever is produced, regardless of numbers, if it is all it black goes to the Lorahn, if it is all white then it goes to the Sidh. If the offspring are of any other color, blemished, have any other color eyes, or are in any other way not like their father or mother herd then they are given to other folk, such as the Jukarn.

But every now and then, every few hundred years or so, one cow will give birth to a set of Twin Cattle, alike in every way except coloring. One calf will be blood-red in coloring, the other sea-blue in coloring. These twin calves are called the Kïthêl, and they are a powerful omen of things to come.

Almost inevitably one calf will be born with a congenital defect and will die within a few weeks of birth.

If the blue calf dies and the red one lives then it foreshadows a disastrous and destructive war, not necessarily between the Sidh and Lorahn (though that might be the case) but possibly one that will afflict all of the Eldeven peoples. Or the omen may signal an invasion upon the Eldevens by a powerful foreign force or people.

If the red calf dies and the blue calf lives then it foreshadows a terrible plague, catastrophe, or disaster that may well kill large numbers of Sidh, Lorahn, or the other Eldeven peoples.

However, on very, very rare occasion both calves may either be stillborn or may die shortly after birth. In this case there is an ancient but well known prophecy that such an event signals both a terrible war and horrible catastrophe.

But in the novel which I am writing the Kïthêl both live and begin to grow to adulthood as healthy and massive and seemingly tame and intelligent animals, an event that has never before occurred (that anyone knows of) and no-one can interpret what this actually means.

Some assume it testifies to a long period of peace, prosperity, and plenty, others assume it means the collapse of either the Sidh or Lorahn peoples; others have no idea what it might signify.

Actually there is a very ancient prophecy that was written and hidden away, being encoded within another text and even within an artefact, that was proclaimed long before the herds of Kein and Kithe ever existed. It tells of a blue calf and a red calf, born of the same mother, who grow to adulthood and what that prophesies for the future. But none of the characters in the book are immediately aware of this ancient prophecy or even that it exists. Only slowly do the characters become aware of what it is and what it might mean.

Well, I had best return to writing my novel.

By the way, this is a prime example of what a good walk does to stimulate your imagination…